Today I have my last free bonus pack.

There were 2 inserts in this pack. The Portraits set is a little underwhelming. I'd have been more excited about it if the Cardinals had managed to sign Roy Oswalt a few years ago when he was a free agent. Also, I went 8 for 8 in getting a Season Biography card in each pack.


This pack had 2 Cardinals, with 2 of the stranger names for players we've fielded in recent years. Kiko and Skip sounds a bit like a bad 1990s homage to 1980s buddy cop shows.

There are just 2 packs left to go in my Dave and Adam's Card World bonus.

If you don't follow the Cardinals closely, I'd imagine you don't hear the daily Chris Carpenter updates like I do. A week or so ago it sounded like he was almost ready to hit AAA for a game and then return to the rotation. Now they're slowing him down a little bit. It's still rather surprising given the expectations set by both the Cardinals and Carpenter in February that he was likely done for good.


Ever since Ichiro came to MLB, and more NPB players followed, there seems to be a glut of star players with apparently short careers. In part, this is because they spent many good years in NPB, and thus we never hear of them for those years. Kawakami signed for a 3 year deal with the Braves, but the 3rd year was spent at AA, and he is now back in NPB. And Daisuke Matsuzaka, mentioned on the card as his opponent that day, is now at AAA after leaving the Red Sox as a free agent. It seems like just yesterday teams were fighting just to pay $51M for the right to negotiate with him, although it was prior to the 2007 season.
Posted by Wilson at 22:00 No comments: 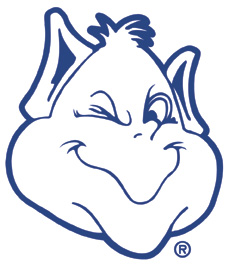 My Saint Louis University Billikens have won the Atlantic 10 Baseball tournament. In fact, they also won the Soccer and Basketball tournaments this year. But the baseball win means they'll make the field of 64 for the chance to go to the College World Series in Omaha (technically only the final 8 are in the CWS). Why do I bring this up on a very MLB-centric blog? Because once again, over at Autographed Cards, the annual College World Series Contest is happening. This is a little easier than the basketball tournament, because for now, you only have to pick the 8 super-regional winners, and phase 2 of your picks will come once that field is set. So follow that link and give it a shot.
Posted by Wilson at 22:00 No comments:

Finally, a Cardinal, after a 2 pack drought. It would appear Upper Deck isn't into Topps' philosophy of putting stars on the round-numbered cards. Gerald filled in for Yadier Molina's rest days nicely in 2011, and won a ring with us.


Inserting a 200 card set at about 1 card to a pack is rather brilliant. I almost feel like this would be a good set to chase because of how many I've already pulled, and yet, I'd have to buy another 195 packs just to get 200 of them, much less 200 unique cards.
Posted by Wilson at 22:00 No comments:

On to pack #5 of my free gift from Dave and Adam's Card World.
This pack, again, had no Cardinals, so here are two New York guys to appeal to the widest possible audience. That's how this works, right?

I'm still surprised about the August 2012 trade in which so much talent and salary changed hands. I was actually somewhat away from civilization at the time, though I had my phone, on which I get tweets from some of the people I follow. Without the context available from a quick internet search, the tweets almost seemed like a joke, or a mistake, with all the big names involved. Josh is having a bit of a rough year so far, and is currently on the 15-day DL, but I have a feeling he'll even out before the end of the season. So, I'm glad the Cardinals won't run into him this weekend in LA.
Posted by Wilson at 22:00 No comments:

After this one, I'm halfway through my bonus packs.

I have a feeling this card's caption took a bit of liberty. Are there any politics of baseball worth the president's time? Or even Ichiro's time?


The pack had no Cardinals, current or former, so here are two guys you've probably heard of. Todd Helton has, however, spent many years on my fantasy teams, despite those not being keeper leagues. He seems to always be either underrated by my opponents or overrated by me.

I've ripped open another bonus pack from my free bonus stack of packs from Dave and Adam's Card World.

Another Berkman! Last time it was the base card. I already had two of the Rasmus cards, from a prize and a trade.

Upper Deck took this whole unlicensed thing to the next level, and drew some caricatures of celebrity couples, along with not-so-vague descriptions on the back. I'm not sure how much overlap there is between baseball card collectors and celebrity-romance obsessors, but for the record, the predictor didn't really get resolved, as they've neither broke up nor gotten married, to this day.

I'm back with another pack from the 8 bonus packs Dave and Adam's Card World sent along with my order.


I've been here a time or two. And just below the right edge of the Upper Deck logo, is an engraved brick with my in-laws names on it. You'll just have to trust me that it's really there.

Why are the Portraits card numbers prefixed with SE? Special Edition? Sepia, since there's also a black version? With this rogue unlicensed set, the world may never know.

I recently made a purchase from Dave and Adam's Card World, and spent enough for a free bonus. I chose 8 packs of 2010 Upper Deck Series 1.

The first pack had 2 Cardinals in it, though in different uniforms. Lance Berkman was such a good clubhouse presence, I can forgive the former division-rival Houston Astros uniform.
Posted by Wilson at 22:00 No comments:

I'm normally not much of a gambling man, though this risk was no worse than 2 spins on the penny slots. I bid a penny each on 2 auctions; one was for a "Random Topps baseball card" and one was for a "Random baseball card". Clearly we're not dealing with true randomness here, otherwise you'd have to argue I'd have as much shot at a 1952 Mantle as a 1989 Bip Roberts. But, I'm no lawyer, and I knew what the seller meant. Here's what showed up in the mail, and quite quickly at that.

2 cents and one was a former Cardinal. I always thought Brendan Ryan could shave some time off his first-to-third runs if he'd get rid of the ridiculous chain. I guess I can add ridiculous facial hair to my grumpy old man complaints too...even though he's slightly older than I am.

So far penny commons are all I've purchased from this set, so I've got some stars to track down if I want to build it. I may just go for the factory set at the end of the year, though, then build Update the old fashioned way.