A Trade with Cards on Cards, part 4 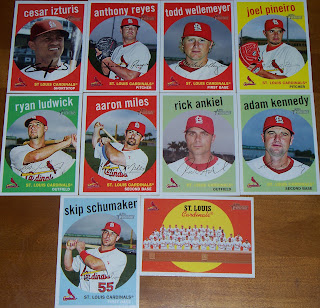 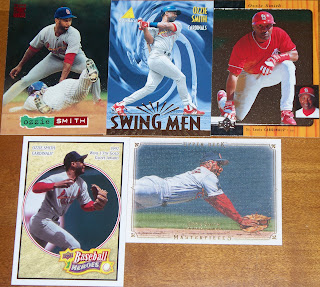 Thanks for the great trade, and for 4 posts worth of blog fodder.  This adds quite a bit to my Ozzie collection, and gives me a good start on the last few years of Heritage I missed.
Posted by Wilson at 22:00 No comments:

A Trade with Cards on Cards, part 3 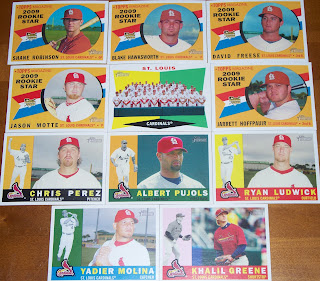 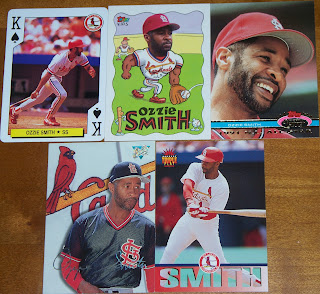 Playing cards is big in my wife's family, mostly Poker and Hearts.  I learned early on not to expect to win any money against the in-laws.  Maybe I can complete the 1991 U.S. Playing Cards All-Stars set to bring me a little luck next time.

A Trade with Cards on Cards, part 2 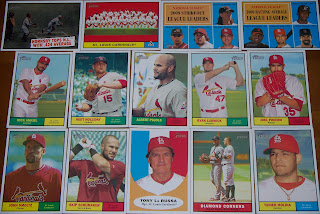 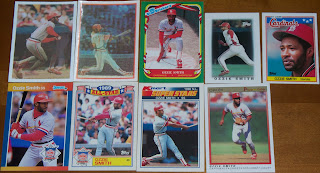 I must admit I struggled a bit to figure out the two minis with the same number from the same year.  Apparently the second one was from packs released in the UK.  At least according to Wikipedia.
Posted by Wilson at 22:00 1 comment:

A Trade with Cards on Cards, part 1

See how I resisted the title "Cards on cards from Cards on Cards"?

When Cards on Cards casually mentioned in his Heritage UPC post that he had a Heritage want and trade list, I knew this would be my opportunity to get rid of some doubles and knock out some of my needs.  I also saw he needed some 2010 Topps Update Turkey Reds, so the trade started to grow.  Here's part of what he sent me. 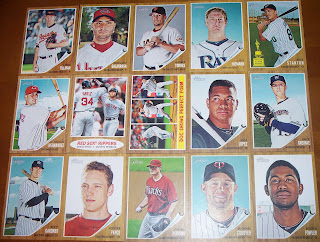 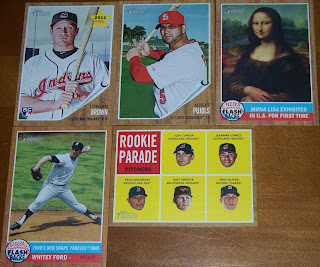 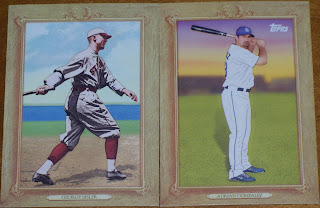 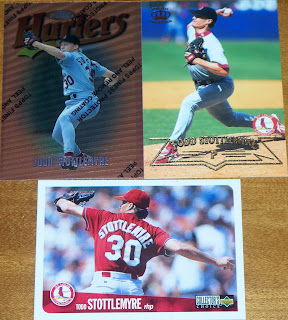 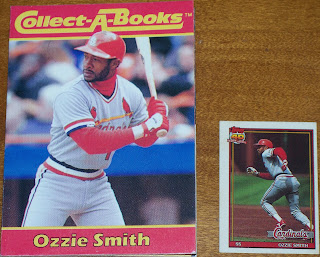 If you're still reading, you may notice I said this is part of what he sent me.  "Why is he splitting this trade into multiple posts?" you may ask yourself.  Mostly because I've become addicted to the Labels/Tags feature for documenting which sets appear in a post, but there's a limit of 200 characters per post.  Names like "1996 Upper Deck Collector's Choice" and even "Todd Stottlemyre" take up a lot of space.  The Trade Post is most certainly not dead at Tenets of Wilson, as you'll see over the next few posts.
Posted by Wilson at 22:00 1 comment:

Catching up on my eBay card wins should keep my blog busy for quite some time if I lack material.  Here is the oldest yet to be blogged: 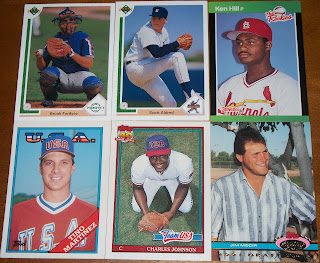 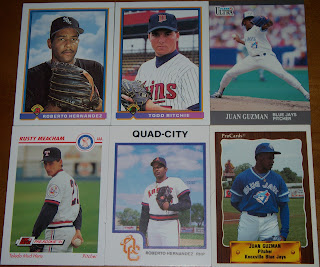 12 cards for 16 cents.  Can't complain about that.  The listing was actually only for the first 10, but the  Hernandez and Guzman penny sleeves contained their minor league cards as well.  The big draw for me was Tino Martinez (a Cardinal from 2002-2003) and Ken Hill (1986-1991 and part of 1995).  So how do I make this post interesting?  Well, Ken Hill came to the Cardinals from Detroit along with the infamous "Player To Be Named Later".  That wound up being Mike Laga, who is the only man known to hit a ball out of Busch Memorial Stadium (the 1966-2005 version).  Recently, a local radio station tracked down the video, and I've been looking for an excuse to post it...but during the time I left this post in my drafts, the video went slightly viral (is it possible to go slightly viral?) and MLB ordered a takedown.


The Mike Laga Foul Ball from JoeSportsFan.com on Vimeo.

Oh yeah...it was a foul ball.  I promise you this video was real and amazing.  And now I know my Dad was telling the truth when he told me about it as a kid.
Posted by Wilson at 22:00 No comments:

Bloggers like noting their round-number milestones, and My Sports Obsession and The Bullpen Cardboard are no exceptions.

My Sports Obsession is nearing 100 posts.  Head on over and comment on his post to enter his contest.

The Bullpen Cardboard just passed 5000 views.  He's asking for a comment on his contest post about the "best" card in your collection.  I'm going with my Ozzie Smith rookie.

In both contests, you can get bonus entries by being a follower and promoting the contest.  Prizes are even the number of winners are yet to be determined, but hey, free contests, right? Usually I'd try to write more here or put some pics of what's being given away, but then my post would wind up longer than the two I linked.  Good luck!
Posted by Wilson at 22:00 No comments:

Vintage Sportscards is running a quick giveaway of 2 1952 Topps cards after upgrading to better versions at the National.  Take a look: 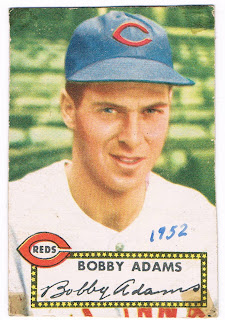 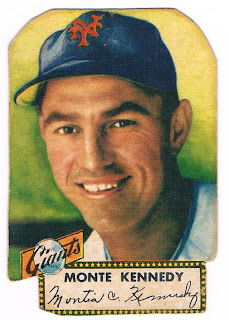 No, they're nowhere near mint, but hey, free '52s!  Comment to enter by tonight, and promote on your blog for a bonus entry.
Posted by Wilson at 10:00 No comments:


Napkin Doon ran another great Big Fun Game, and yet again I was fortunate enough to get to play.  I drew the 2nd pick, and wound up with: 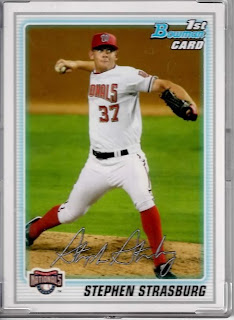 A scoundrel stole it from me, however, resulting in a compensatory pick for: 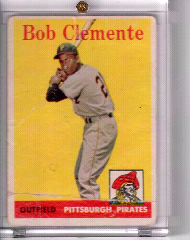 Then, a pirate stole my Pirate, and my 3rd pick yielded: 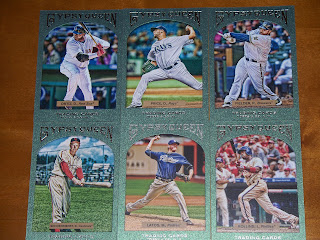 These are cool cards, including a Red Schoendienst to go with the mini Ryan G threw into a previous contest win.  However, one thing I simply cannot find is what these green border cards are officially called, or how rarely they were inserted.  I don't care what they're "worth" per se, I'm just genuinely curious now what to call these, as well as how rare they are.  Coincidentally, I also won some Gypsy Queen inserts in the last Big Fun Game.

Napkin also threw in this bonus: 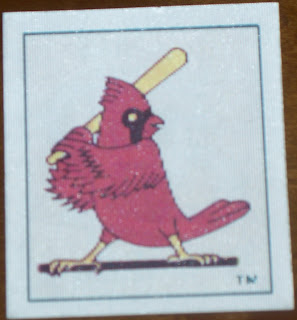 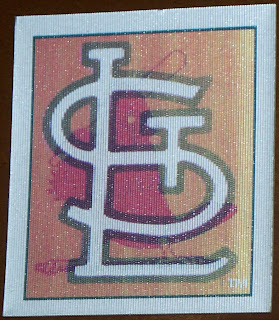 That's a hologram card with 2 Cardinals logos depending on the angle from which you're looking.  Ending sentences with prepositions is something up with which I will not put.

Thanks for the Big Fun Game, Mr. Doon.
Posted by Wilson at 22:00 No comments:

Cheap Card Collecting is holding a contest spanning his next few posts.  First up is a choice among these 8 relics: 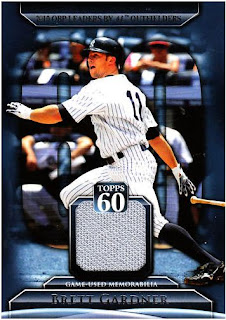 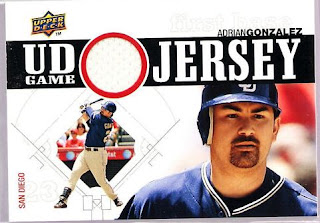 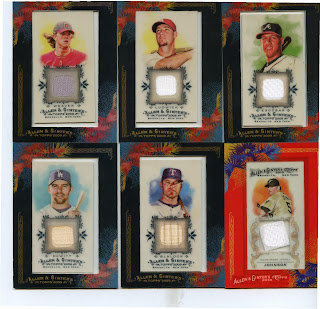 A Contest from the Daily Dimwit

Sam from The Daily Dimwit is holding a contest with 5 prizes.  4 are relics, and one is a Fausto Carmona autograph.  I expect tons of entries to this one.  Go check it out.  Comment and promote it to earn one entry each.  If you're not convinced yet, check out the cards: 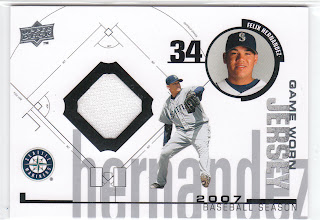 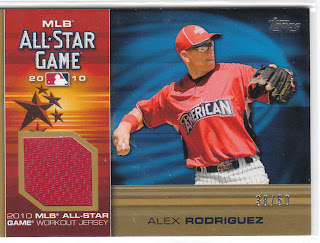 From 2010 Topps Update, these are cool looking cards. I have Neftali Feliz in the #d/50 Gold (like this one), and Elvis Andrus and Chris Young in the regular set. 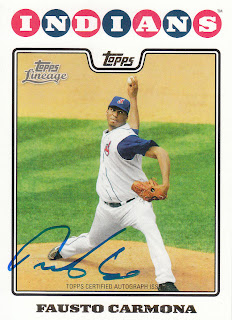 Fausto Carmona autograph on a 2008 reprint from 2011 Topps Lineage. 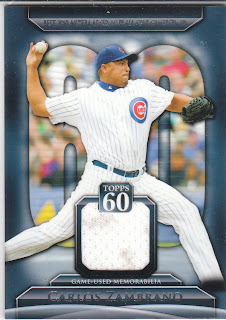 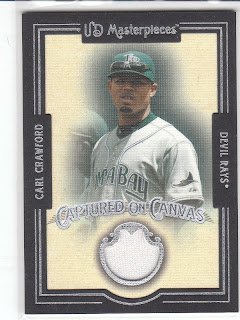 Jaybarkerfan's Junk is running a 100th post celebration contest.  10 people will get to participate in a game, about which he's being a little vague at the moment, with a total of 100 prizes.  You have until Aug 11 to enter.  Go check it out, and post on your blog for a bonus entry.

Tenet of Wilson #2: Always promote your fellow bloggers' contests.  Especially if it nets you an extra entry.
Posted by Wilson at 22:00 No comments: